Today we share you the story of Josh Anderson, a traveller who climbed Mount Aconcagua, the highest peak in America, with a height of 6,962 meters above sea level. Ideal for adventurous travellers!

We arrived in the airport of Mendoza City where Viviana, the customer support lady, was waiting for us. She greeted us with perfect English and took us to our hotel in downtown Mendoza. We had an incredible view of the Andes mountain range from our room! It was an excellent first day!!

Next day we went to the offices of Acomara also in down town Mendoza where there was an informative talk of all the activities that laid ahead of us: obtaining the entrance permits to Aconcagua Park, equipment checking and personal assistance for renting the equipment that each climber needed. I rented boots and crampons because I didn’t want to bring them from home to avoid excess baggage.

Next morning, we travelled in a private bus from the hotel in Mendoza to the Ski center in Penitentes. We made a stop in Uspallata to have lunch (we ate an Argentinean churrasco -a kind of barbecue- and the owners of the dining room showed us the places where Brad Pitt filmed the movie 7 Years In Tibet. This was an unexpected surprise for us (I recommend watching the movie to see the views).  In the evening we arrived in Penitentes, we prepared the loads for the mules, had dinner and went to bed thus beginning with the acclimatization process.

Entrance to the Aconcagua Park

Next morning, they took us to the entrance of Aconcagua Park where we could finally see the colossus! It is really majestic! I could already begin feeling the adrenaline building up in me as we entered the park and faced the Colossus of America! Fascinating!

We began with a light 4h trek until we reached Confluencia Camp (called like this because 2 rivers join there) where our first day finished. We shared a tasty dinner with the other climbers, got to know each other a little more and went to our dome tent.

Next morning, we got up at 8am, had breakfast (there were toasts, jam, cookies, eggs, cereals, tea, milk, coffee, chocolate and yogurt) and begun the ascent to Plaza Francia ascending 2300ft (until reaching 13200ft). We had lunch there and then descended back to Confluencia where we had tea, then dinner and went to bed to replenish energies. This was a 9h trek. We could finally feel that the trekking activity had begun. The views are marvelous with all the glaciers and specially the South Face Wall of Aconcagua. There is a place called “El Mirador” which is the end of the trek. From there you have the best view of Aconcagua’s South Face. Mountains have different colors and structures and they make you feel the immensity of the Andes mountain range.

In the 5th day, we got up early and begun trekking towards Plaza de Mulas Base Camp. The mules that carried our gear walked ahead of us for a while until they got lost of view. They were a nice company. Although one must be careful of them, they are noble animals. We made a stop in Playa Ancha to have lunch and at 3pm we reached Colombia. We made a stop there to hydrate and take a few pictures of the ruins. Afterwards, we made the final push and reached Plaza de Mulas at 4pm where hundreds of climbers from all over the world met our view, enjoying themselves while acclimatizing in the best and biggest camp of Mt. Aconcagua.

Next day was solely dedicated to resting, enjoying the place and its people, eating fruits, nice and plentiful hot meals and replenishing energies. In the afternoon, we did the medical checkup and a few members of the group and I went to Horcones Glacier to practice walking on ice and snow or simply watch the others practice. A small number of people preferred to stay in our dome dinning tent, visit the art gallery or walk around the camp.

On the 7th day, we set off to summit Mt. Bonete, a 16700ft mountain that offers a great view of many other mountains, including a different and very nice perspective of Aconcagua. After summiting Bonete we went back to Plaza de Mulas. It was a nice and sunny day very useful for acclimatizing. Some members of the group felt that this day was physically demanding but we all went back to Plaza de Mulas without any problems. Also, a few members began feeling headaches but no other altitude sickness. It was a pretty clear example that acclimatization is a personal process and that, although it is important to acclimatize gradually as we had done in the expedition so far, one cannot know how each person’s body is going to react to altitude.

We climbed up the Normal Route of Aconcagua using camps Plaza Canada (16200ft), Nido de Condores (19500ft) and Colera (14100ft) and spending a total of 4 days to do the treks in the altitude until setting in Colera to attempt the summit from there. In these 4 days we realized that the challenge lying ahead was not going to be easy. Although we always had good weather, it was sunny every day, temperature ranged between 10°C during the day to -14°C at nights, we started feeling great physical tiredness and the lack of oxygen was evident. I think that, without the previous acclimatization treks and resting days we had, many of us would have had to abandon the expedition. However, when one of us felt that he or she couldn’t continue any more, another member of the group cheered him/her and we were able to go through these 4 days without any single drop out.  The assistance of our guides was a key to our success. In the altitude camps you are really conscious of the true magnitude of Aconcagua because up there you definitely feel fatigue, headache and nausea. In these difficult days, guide’s assistance was a huge advantage thanks to their checking of our symptoms, their support and diligence. I realized there that the guiding of the route is not the main activity of guides. They made us feel safe and motivated to go on while making sure that we were fit for continuing. Guides are in constant contact with doctors in base camp. That was also really reassuring. Many of us would have dropped the expedition without their excellent work. It was also very important to count with good quality equipment (both personal equipment obtained from the rental shops and common equipment provided by the company) tents and meals were great. 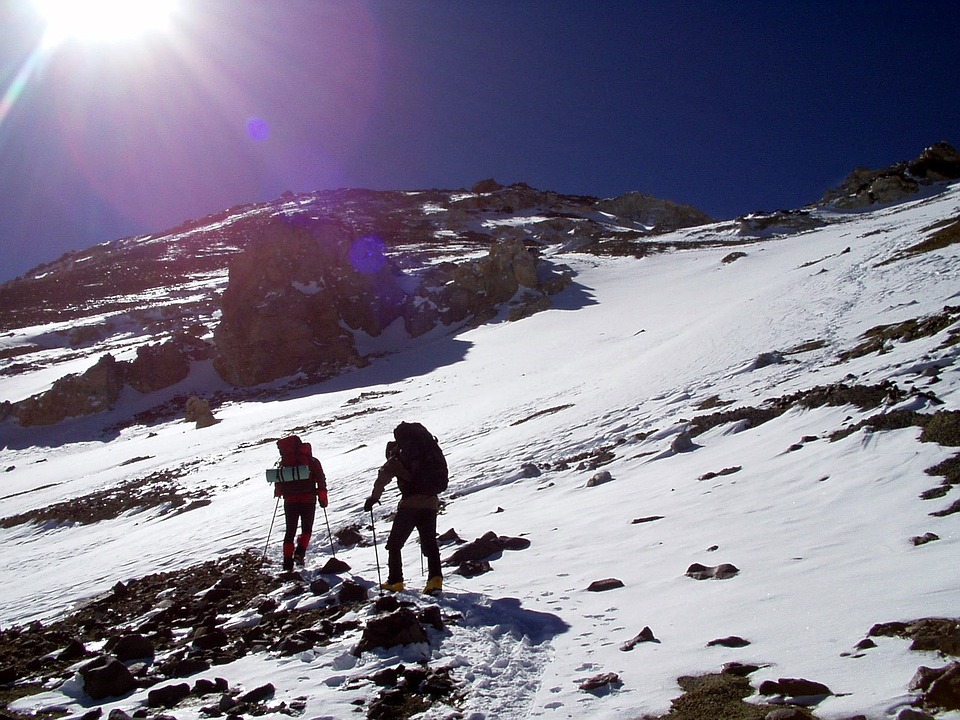 On day 15 at 4.15 am, we began our summit attack. Guides made us breakfast and we set off for the summit. Visibility was poor because it was night and it was difficult to walk in the cold and dark but guides were there at all times. As hours passed, it became more and more difficult. I started feeling my heart rate increase as oxygen felt lower but we did great team work and when we rested a little for more than hydrating, guides checked our oxygen saturation and heart rate and adjusted the walking rhythm so that everyone could follow. At 10.40 am we reached La Canaleta. Two team members showed altitude sickness symptoms and it was decided that they could not continue. When you are so tired you start picturing your family. At that moment I thought about climbing down. I thought I had done enough. I talked to one of the guides and he said the decision was mine but he thought I could make it. He said he was 100% certain I would be able to reach the summit. So, after this short rest I was able to recover my determination and decided to keep walking. The two members with altitude sickness climbed down with one of the guides and the rest of the team continued walking in this beautifully sunny exhausting cold day. On day 15 at 12.10 pm we reached the summit of the American Continent… Words are never enough to describe your feelings when they overwhelm your soul but I dare to say that it was wonderfully marvelous! Indescribable. Only a person who has experienced so much effort can understand its true magnitude. A world of feelings fills your spirit with the best views I have ever seen in my life. It was a day that I will remember for the rest of my life. It was one of the most passionate moments of my life.

At 13pm we started the descent. This was really exhausting because we were very tired but the happiness and joy that filled our bodies did not leave! Back in Colera camp we met the rest of the team. We felt blissful and thankful.

Next day, we climbed down to Plaza de Mulas base camp where the camp staff waited for us with a welcoming reception of burgers and beers! Dinner was also great and though we went to bed early (we were all very tired) it was the best day in Plaza de Mulas! The following day we climbed down to the entrance of the park and waited for the mules to arrive with our luggage and went back to Mendoza City in another private bus. We spent 2 days in the city touring and enjoying ourselves. The people of Mendoza are very kind and friendly. I think that the most important thing is to maintain your spirit high and control your anxiety. You have to climb Aconcagua using your head more than using your legs. Despite cold and tiredness, I didn’t even catch a cold.

After having reached several summits of 3 different continents, I can assure that Aconcagua is the most thrilling mountain I have ever experienced!